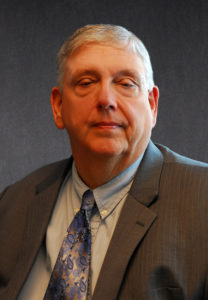 “I joined Wendel because its culture is one that prioritizes collaboration and communication with clients and team members, yet is an ISO certified firm who has demonstrated their ability to provide services that meet expectations. I have opportunities to work on a wide range of interesting projects and challenges that will allow my creativity to flourish. I find Wendel truly does respect and care about their employees and are friendly at every level.”

Wendel, a nationally recognized Architectural, Engineering, Energy Efficiency and Construction Management Firm, is pleased to announce the addition of Robert Endress as Senior Water/Wastewater Engineer. Bob comes to Wendel with extensive experience in water and wastewater engineering that he has accrued in his decades-long career. He has been involved in hundreds of water and wastewater projects, including many water and wastewater treatment plant designs.

At Wendel, Bob will support clients and projects throughout the Eastern United States and serve as both a technical lead and project manager for medium to large scale study, design and construction projects involving water/wastewater treatment, storage, pumping and distribution/collection systems. He strives to understand client needs and appreciates the environments in which they operate. His goal is to keep the interest of Wendel’s clients in mind and develop approaches that offers a clear path to informed decisions.

Bob is active in a number of committees and organizations, including the Water Environment Federation’s Residuals and Biosolids Committee, the Georgia Association of Water Professionals’ Wastewater Treatment Committee and others. He is a Board Certified Environmental Engineer. Bob is joining our staff in Wendel’s Atlanta office, and will continue to provide senior leadership on projects throughout the south east and Mid – Atlantic States. 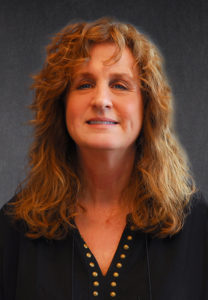 Wendel, a nationally recognized Architectural, Engineering, Energy Efficiency and Construction Management Firm, is pleased to announce the addition of Caryn Cowin as Construction Project Manager. Caryn brings extensive experience in Program, Project and Construction Management to Wendel’s Team. She is versed in design and construction procedures, as well as interfacing with various state and local permitting and approval agencies. Caryn is continually developing relationships in order to act as liaison between design professionals, site representatives, contractors, and client stakeholders and user groups. This ability to create strategic partnerships with project stakeholders is one of Caryn’s specialties.

Caryn has a strong background in the education sector, including major renovations, additions, system upgrades, abatement as well as new facility construction. Notably, Caryn acted as Program, Project and Construction Manager for Desert Community College in California and their Measure B Construction Bond, along with the Central Campus Redevelopment project, including $37.5 million in renovations to two buildings in the campus’ core.

Caryn is experienced in all stages of design and construction procedures, and is deeply familiar with tasks such as budget monitoring, estimating, schedule management, bidding, procurement, constructability reviews, and cost management. Beyond this, Caryn brings her reputation for integrity and work ethic to every project she touches. 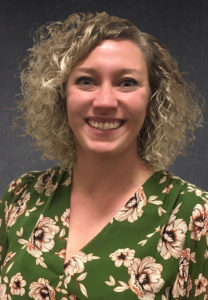 “Joining the Wendel team is providing me the opportunity to collaborate with folks from all around the country, with different backgrounds and specialties, creating this cross pollination of ideas on how to serve our clients in the best way possible; all while being able to remain in the city that I love.”

Wendel is pleased to welcome Laura Eysnogle, who brings over a decade of experience in interior design, space planning and architectural design for public sector clients. Her ability to work with clients from project conception through the ribbon cutting phases, balancing the importance of efficiency and durability with adaptability and aesthetics on a wide range on projects will be incredibly valuable. Laura has an extensive background in all types of community and public sector projects, and understands the need for spaces to perform in the most efficient way possible. Her specialty is providing communities with a facility that they can be proud of, while always acting as a responsible steward of the tax payer’s dollar.

Examples of Laura’s experience include a massive high school project that included 65,300 sf of renovations and 67,650 sf of new additions, strategic planning for a major research university that encompassed 1.6 million sf of space, and design of the new 14,000 sf Laramie #3 Fire Station.

Laura’s history in new construction, renovations and strategic planning has taught her to see a project from every angle: What the project was yesterday, what it is today, and what it will be tomorrow.