Season’s Greetings to You and Yours

Season’s Greetings to You and Yours

Click on the Holiday E-card above to view our card

How Immersion Saves you Time, Money and Provide you the Best Solution

Need to Expedite Your Project Schedule and Don’t Know Where to Start?

Calspan, an independent testing, engineering, design, fabrication and research services company, was interested in building a new crash test facility on their existing site on Genesee Street in Buffalo. They were lacking a complete indoor testing facility, instead making use of a hybrid track that began outside before moving inside to a smaller facility. Due to the proprietary nature of the auto industry and the ever-present race towards innovation, the desire was for a larger building with a full indoor tunnel track that would upgrade their capacity for vehicle crash tests while simultaneously offering cover from prying eyes.

Calspan was working with a tight deadline, as they had a client lined up to make use of the facility, but only if it could be ready within a strict timetable. Using Wendel’s Immersion™ process, all of these goals were met within just a 3 day session where Wendel worked closely with the client to determine the exact needs for the project.

The process began with a tour of the existing facility and its capabilities, which allowed the team to get a sense of their current limitations and how they could be remedied. Wendel’s multi-disciplinary team performed a site analysis based on access and storage to determine where on the given acreage would be the ideal place to build. Once this had been decided, they dove into specific spatial needs and specifications that would have to be met. The Immersion process gathered input from Calspan management and staff in order to have the clearest vision of what a great crash test facility would look like, for both the owners and the people working there every day. The layout of labs, tunnels, observation rooms and decks were all taken into consideration during this rapid programming session.

With this information, the team was able to begin creating initial physical layouts and floor plans that would inform the overall design of the facility. These pre-design drawings, along with early cost estimates and all the information gathered during the Immersion Process, were delivered in a report at the conclusion of the 3 day session. With just a few short days and a nominal investment, the client had turned their vision of a new crash test facility into a feasible, constructible project. 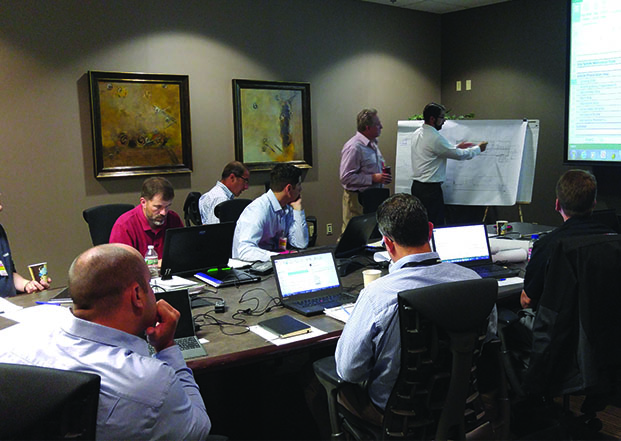 Let us know if you are interested in how the immersion process can dramatically improve the productivity on your next project?

We look forward to hearing from you!