On May 29th, 2019, New York State Governor Andrew Cuomo announced the formation of the Lake Ontario Resiliency and Economic Development Initiative, or REDI commission. The goal of this multi-agency taskforce is to develop a plan to harden infrastructure along Lake Ontario’s waterfront after significant flooding events in 2017 and 2019.

REDI was allocated 330 million dollars to undertake widespread infrastructure improvements along the southern and eastern shores of Lake Ontario, spanning 8 different counties from Niagara to Orleans, and all the way up to St. Lawrence County. Projects were solicited, and the REDI commission vetted over 200 potential projects, eventually cutting down to 127 viable projects to pursue. Projects executed under the REDI commission are funded through a 95% grant, 5% match system, making the projects extremely affordable.

Wendel was contracted for our competencies in site civil, structural hydrology and hydraulics, water, wastewater and stormwater, and landscape architecture to perform services on 9 of the projects through our existing municipal partnerships with several towns and villages in the area under REDI’s purview. These municipalities include: the Town of Wilson, Village of Wilson, Town of Somerset, Town of Newfane, and Town of Carlton along with Niagara and Orleans Counties.

Wendel is working alongside a number of government agencies, such as the Department of State, OGS, DEC, the Army Corps. of Engineers, and DASNY on the permitting aspects of these efforts. The services provided are focused on resiliency and protecting structures and shorelines from erosion and storm damages by implementing measures such as berms, road reconstruction, and pier modifications to mitigate erosion to structures along the shoreline during periods of high wind and high water level events.

The aggressive timeline has progressed since the initial 10% engineering reports were completed in February of 2020. Projects have progressed through the design phases. Bidding and commencement of work will take place throughout 2021.

This schedule, along with the amount of funding committed to the REDI projects, reflects the urgency of bringing up the resiliency of the entire Lake Ontario region. 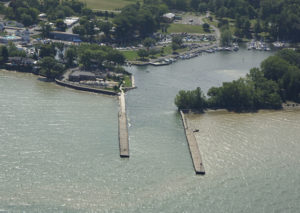 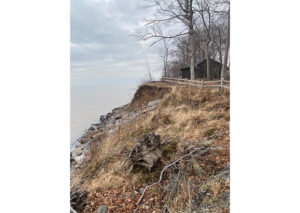 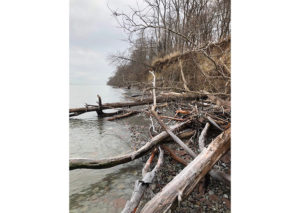