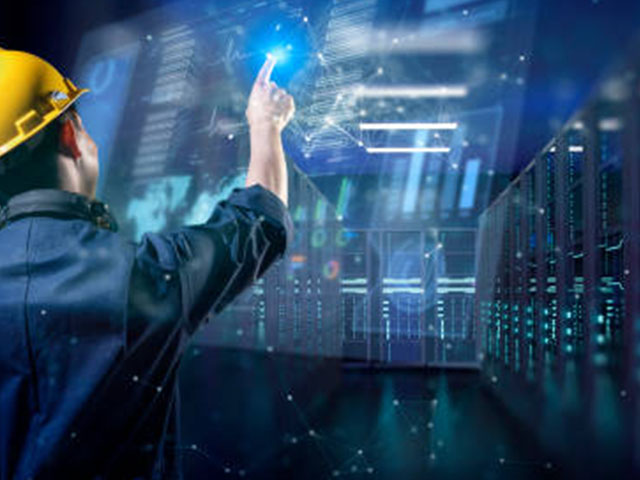 Having performed data center designs and energy saving projects for more than three decades I have seen many energy conservation programs and projects fail.  These energy savings programs may have failed before they started or even shortly after they had been implemented.  Often, they didn’t fail due to technical issues or market changes but because of a lack of internal support. Simply, the company or organization didn’t believe in the program and intentional or unintentional created barriers to the success of the program.  That said, the barriers weren’t always limited organizational internal beliefs, but were sometimes statutory.

I recently attended a virtual seminar that discussed many of the nontechnical roadblocks to the implementation of data center energy saving programs and projects.  Many of these barriers I have experienced over the years.  The information presented was developed as part first phase of a Department of Energy research project.  The researchers referenced numerous professional texts, articles and other industry literature in producing their initial findings.  The focus was to identify the drivers that lead to the imposition of barriers to the energy efficiency decision make process.

Based on the information presented, the decision-making process can be organized five general categories. Economics, Technology, Organizational, Psychology and External Context.  Economics would include factors like business model, fuel prices, financing rates, and return on investment.  Technology would include things like the availability of energy efficient equipment, software, and controls.  Psychology would include human behavior and individual psychological drivers.  Organization factors would include organization philosophy, values, vision and mission.  And lastly, External Context looks at factors such as public policy (including rebates and incentives), codes, standards, and professional organization influence.

Each of the above categories to some degree influences the decision-making process whether to implement an energy efficiency program in a data center.  The extent of their influence will vary from organization to organization.  A lot of work has been done in the External Context and Technology categories.  They tend to be relatively straight forward and follow each other.  Public Policy drives codes and standards to increase the energy efficiency of the data center and other facilities.  Manufacturers and design professionals look to develop and utilize equipment and systems that will meet the codes and standards.  The variation in decision making from organization to organization often centers around the other three categories.

The other three categories involve drivers that are less clear cut and are influenced by organizational philosophy, psychology, and other motivational factors.  These factors may or may not align with the desire to implement an energy efficiency program.  The misalignment of the motivational factors creates barriers to the implementation of the energy efficiency programs.

Often the Barriers start with the Data Center Organization.  Many organizations are driven by Uptime and Reliability above all else.  Their vision and values may even speak to sustainability and energy efficiency, but in actual practice the actions don’t match the vision or values.  The mismatch can result in energy efficiency being a low strategic priority.  This lack of strategic priority can be the result of internal silos and a lack of an interdisciplinary work force.  Frequently, the IT staff works independently of the facilities staff and there’s little communication between the two.  The IT staff will make changes to the system that impact the operation of the HVAC and electrical systems.  The changes aren’t made in a negative manor, the IT folks are simply trying to make it work.  Their training doesn’t provide them with an understanding of how the changes they make can impact the system operational efficiency.

To overcome the Organizational Barriers the data center organization can take a few steps.  The first step is to have the IT staff and the facilities staff operate as a team, not separately.  The team would answer to a single leader who is responsible for both the IT staff and the Facility staff.  In larger organizations this may not be practical and there may be a need for leadership in both groups.  In that case the leaders of the two groups would work together as a team.  The second step would be to name an energy efficiency champion, whose job is to reduce energy consumption.  That person would monitor and report on the facility(s) energy consumption and would have authority to make approved changes.  And lastly, have the IT and facility’s staff work together in interdisciplinary teams.  By doing so, each group can learn what the other needs to make a project successful and overcome blind spots when implementing energy efficiency programs.

There can also be Psychological Barriers to implementing energy savings programs.  The first is an aversion to Technical Risk.  In my years of being an engineer, I have found few groups who are more risk adverse than engineers; one of those groups is IT.  Any new idea, system or product that has any potential impact on system, operation are met with skepticism.  As a result, they have little motivation to support the implementation of an energy project or program.  Much of the skepticism is a result of not having the knowledge or training to understand the systems and equipment being presented.

Here too, the Psychological Barriers can be overcome.  An organization can implement a training program that raises the level of understanding to available technologies.  This training would focus on the IT staff to allow them to understand what technology is available, the benefits and any potential short comings.  If the training was supported and presented (at least in part) by the facility staff that would allow the IT staff to see the level of expertise.  It would also raise the awareness of energy efficiency products and systems.  Factors such as the reduction in maintenance and replacement over the life of systems can be discussed and how long-term risk is reduced.

And there can be Economic Barriers to the implementation of energy conservation projects.  Many organizations only look at the Capital expenditures (CapEx) and the Opportunity Costs when assessing implementation of energy programs.  They assess the viability from simple direct payback measures as opposed to savings over the life of the energy savings measures.  Maintenance and replacement saving are not factored into their judgement.  These economic barriers can be overcome by conducting Life Cycle Cost (LCC) analysis.  LCC analysis allow factors such as reduced maintenance costs, replacement cost, energy saving, and the value of money to be included in the assessment.  The output can be shared with the facility leadership to demonstrate how the project provides saving throughout their service life.

In short, there are a number of barriers to the implementation of energy projects in the data center environment.  They include Organizational, Psychological and Economic barriers.  Typically, these barriers are not purposefully created.  They come as a result of drivers that are hidden under the surface.  They can be overcome through strategies like team integration, the appointment of energy champion, education and training, and life cycle analysis.  These strategies can reduce perceived risk, and increase the understanding of the economic benefits of the energy efficiency projects and programs.