Though the design team was faced with a constrained site size and orientation, the team was able to develop a small satellite at the corner of Foster and Front Streets, with bus slips primarily accessed off of Foster Street.

The Wendel Team worked with WTRA from the initial programming phase including an economic development study evaluating a future transit oriented development (TOD). The transfer facility was constructed in 2013 and included a 4,500 sf station, an eight-slip transfer platform in a sawtooth arrangement, parking for 100 vehicles and a 9,000 sf WRTA office building. One of the bus slips was designed for an electric bus and included an overhead electric bus charging station.

Our team supported the TOD study with planning and graphics. It will be constructed in future phases as funding allows. 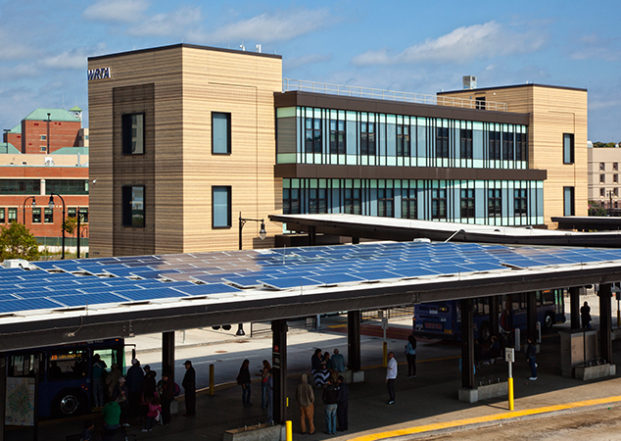 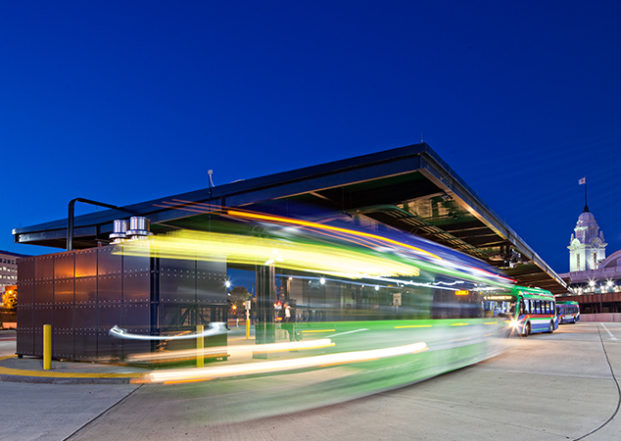 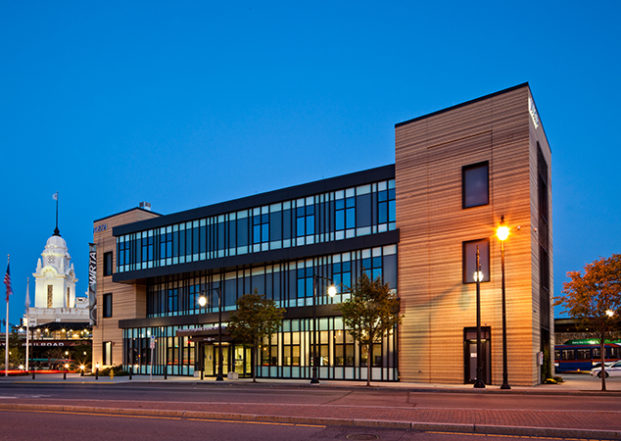 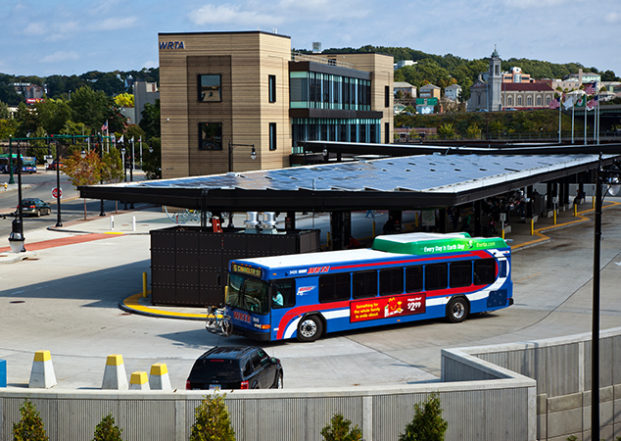