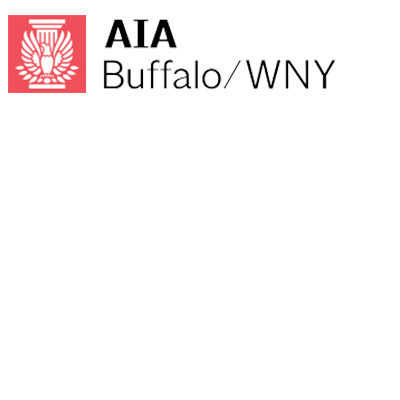 The American Institute of Architects (AIA) Buffalo/ WNY Chapter and the Buffalo Architecture Foundation announced the recipients of the 2016 Architecture Service Awards yesterday evening at the ceremony at The Eleanor and Wilson Greatbatch Pavilion at the Martin House complex. Divided into three different categories including design, service and pro-bono, the AIA awards are presented annually to outstanding projects and remarkable people in the industry.

Wendel’s Jim Maurer is this year’s recipient of the Young Architect Award, which is given to an individual who at an early state in their architectural career has shown exceptional leadership in design, education and/or service to the profession. He has worked on several award winning projects throughout Western New York, including Fletcher Music Hall at the Chautauqua Institution and the Niagara Falls USA Official Visitor Center. Jim is the architect for the Peace Bridge Authority’s Customs and Border Protection project.

Joe Kedron, an architect at Wendel, was awarded the Edward B. Green Distinguished Service Award which recognizes outstanding service to the local AIA chapter. For the past 26 years, Joe has been an active member of the American Institute of Architects. In addition to his longstanding membership, he served on the AIA Buffalo/WNY Chapter Board from 2006-2014, and as Treasurer from 2008-2012, President-Elect in 2013 and President in 2014. Joe focuses on hospital work across WNY and has been involved in projects such as Buffalo General Hospital (Deaconess Tower), Kenmore Hospital (Patient Room Replacement Addition), McAuley Nursing Home, Buffalo VA Medical Center, Children’s Hospital PICU addition, various projects for Eastern Niagara Hospital, ECMC (ICU and Dialysis Renovations) and a variety of Kaleida Health projects.

Joe is also active in his community and has donated countless hours to improvement efforts in many areas throughout Buffalo such as the North District of the City of Buffalo, the North District Waterfront, and Riverside Park. He is also part of a citizen group which is overseeing public art as part of the Niagara Street reconstruction project.