The Willert Park Green Streets Project showcased the value of community involvement during the design process. The original, conceptual design for William Street ended before reaching  the intersection with Michigan Street. Key project stakeholders, including community representatives, were concerned that the project did not include any signature project elements that incorporate art and the Michigan Street heritage.

Community leaders asked that Jesse Clipper Park, located at the intersection of William Street and Michigan Street, become an anchor for this end of the project. Over the past years, the original park was encroached upon by the urban street network.  Based on this input, the Buffalo Sewer Authority decided to extend the project to Michigan Street.

Jesse Clipper Park is named in honor of Corporal Jesse Clipper of the 317th Engineers. As an important figure in Buffalo history, and specifically in the Michigan Street heritage, Jesse Clipper was the first African American resident of Buffalo to die in battle during World War I.

The project team dug through archives to find the original park design by Buffalo’s First African American Architect, John E. Brent. The design of the park was then modified from the conceptual drawings to incorporate elements of John Brent’s design. In addition, a new piece of art, a silhouette of Jesse Clipper, was commissioned to sit proudly in the park. A new foundation for an existing monument dedicated to Jesse Clipper was also provided. 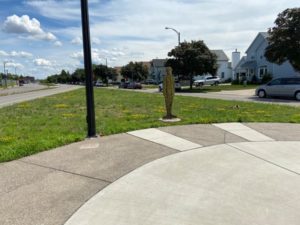 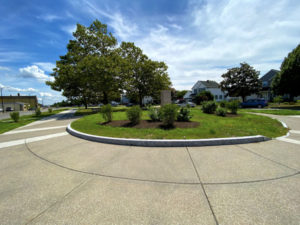 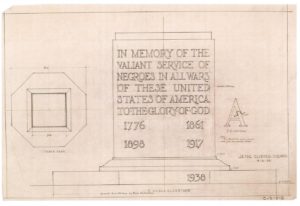 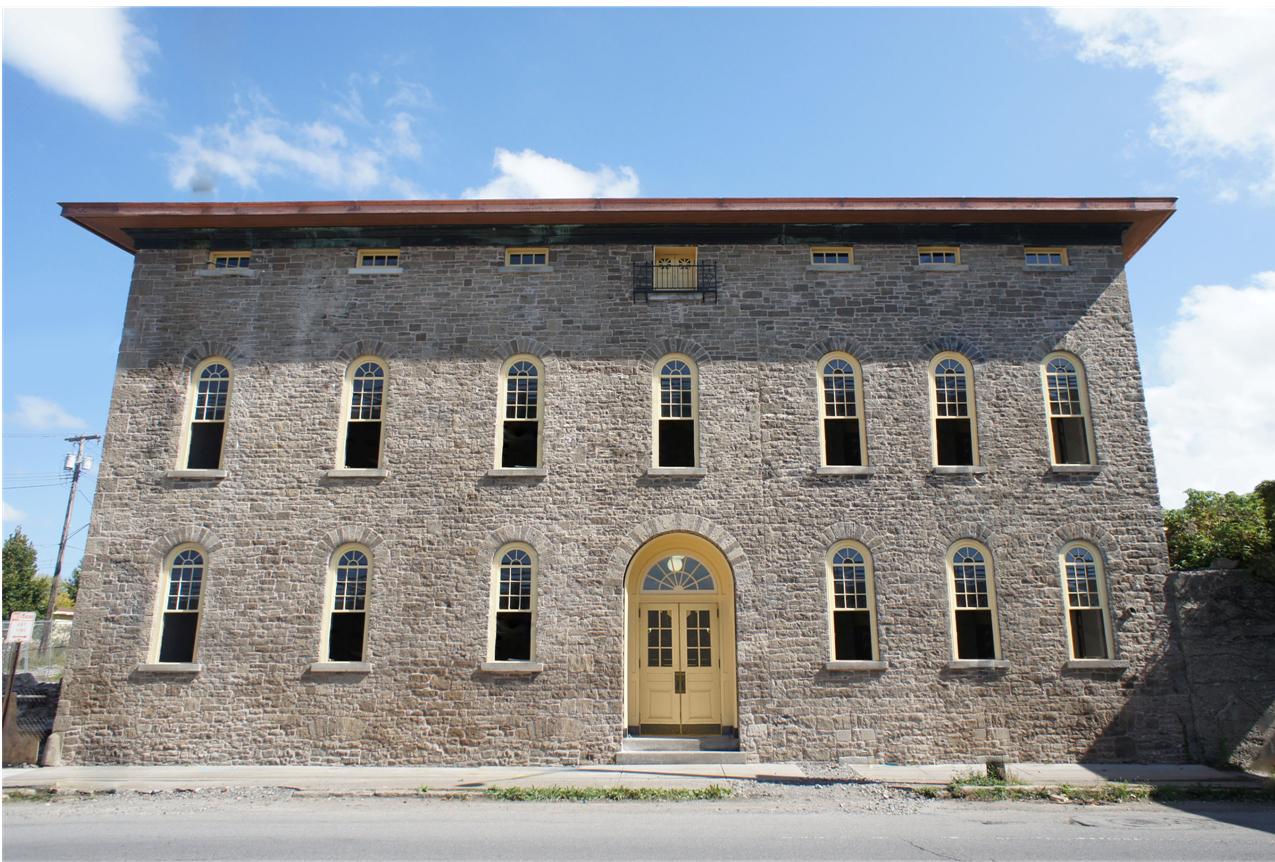 The City of Niagara Falls, which boasts a landmark tourist attraction—the majestic Niagara Falls, relocated the city’s existing Amtrak passenger terminal to a site at the United States–Canadian border near the base of the Whirlpool Rapids International Passenger and Rail Bridge in 2016. The new multimodal facility accommodated a variety of transportation modes, including passenger rail, bus, trolley, automobile, taxi, bicycle and pedestrians. The new mixed-use facility also established an efficient and secure U.S. Department of Homeland Security (DHS) inspection facility and international border crossing.

What you may not know is that the preservation and rehabilitation of the site’s existing 1863 U.S. Customhouse was a driving factor throughout the design of the project. It was important to preserve the historic fabric of the Customhouse, while meeting challenges from government agencies and the State Historic Preservation Office requirements, all while upgrading it to a high-tech, energy efficient facility that is secure enough to house DHS offices and personnel.

KTA Preservation was deeply involved in this project. The project required an Archeological Avoidance Plan due to the sensitivity of the site, partly because the historic Customhouse is a confirmed stop on the Underground Railroad. The customs and border patrol building also contains the Niagara Falls Underground Railroad Heritage Center to honor this history. 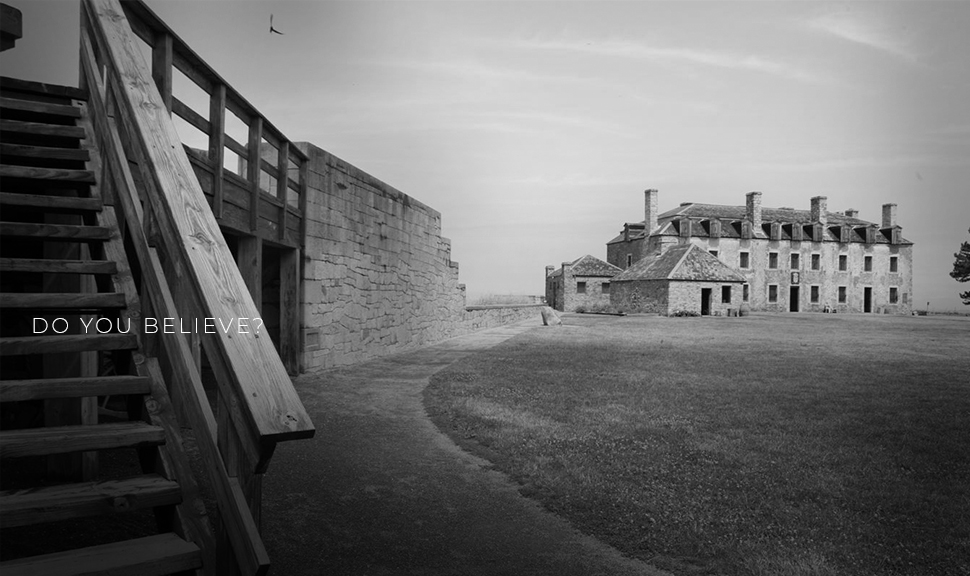 This Friday the 13th, we’re reminded of one of the spookier projects we’ve had the chance to work on over the years. Fort Niagara State Park on the shores of Lake Ontario has a history that goes back over 300 years. From its perch above the lake, Old Fort Niagara has stood through battles, sieges, and several wars throughout the centuries. It’s a site packed with history, and some would claim that the ghosts of the past are still there, if you listen hard enough…

Wendel, working with New York State Parks and the State Historic Preservation Office (SHPO) was brought in to design and install a fire alarm and security system in the north redoubt of the fort. During the design meetings, the possibility of an audible sensor was raised as an option to detect if anyone has broken into the redoubt. The Fort Caretaker shot down this option. The reason? He claimed that after dark there is too much “activity” within the fort, the kind that would be picked up by an audio sensor, creating false alarms. Heeding this ominous advice, the decision was made to instead use a magnetic contact on the entrance door to alert any unauthorized entry by more tangible trespassers. 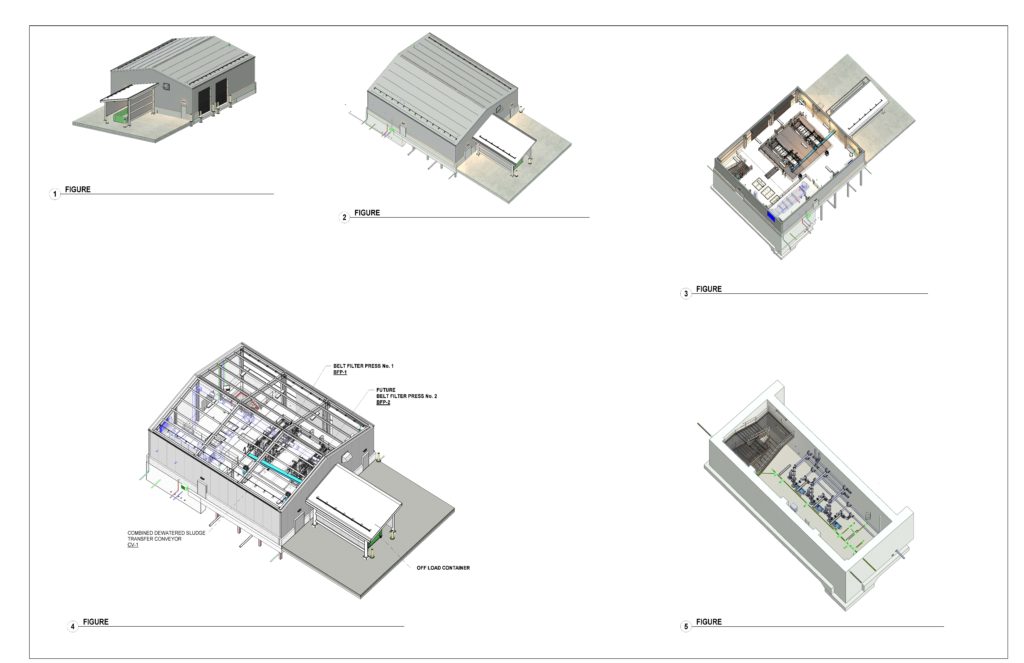 Wendel is currently in the design phase of several improvements to the Niagara County Water District’s Williams Road Water Treatment Facility in Niagara Falls, NY. Upgrades to the station’s tank, clarifier, distribution box and other features require the involvement of every engineering discipline at the same time. With such a variety of changes to the existing site’s infrastructure all being designed at once, coordination between the engineering disciplines (electrical, mechanical, plumbing, HVAC, and structural) is paramount to a successful project. This requirement takes an even more prominent role during today’s restrictions to physical meetings and emphasis on working remotely due to COVID 19.

In order to maintain the high levels of communication necessary to complete this project, the team is utilizing the Building Information Modeling (BIM) software, Revit, to keep all disciplines apprised of changes in real time. If the structural team makes an alteration to a wall, upon updating the Revit model every other discipline will see the change and who made it right away. Access to these live updates is a major benefit to the overall project team, resulting in less rework that can occur if changes made by one team affect the work being done by the others, as can often happen with multiple disciplines working on the same site. This streamlined workflow helps keep the project on schedule and under budget.

The Revit models can be accessed in 2d or 3d, cut into cross sections of key areas as needed, and manipulated in a number of other ways by the project team, providing an up-to-date snapshot of the state of design on the water treatment facility improvements. “Leveraging Technology” has been one of Wendel’s 20 core fundamentals since long before today’s unique challenges, and now more than ever leaning on the tools at our disposal has allowed us to continue delivering projects at a high level. 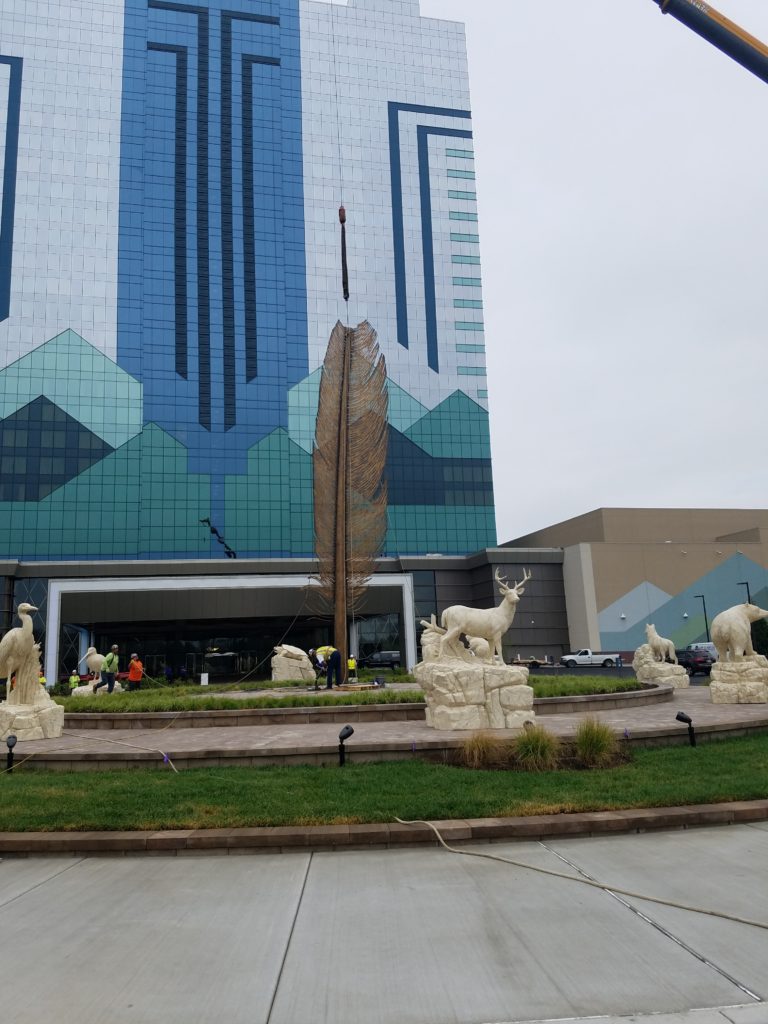 One of the more memorable sculptures throughout Buffalo is the massive feather outside of the new Seneca Niagara Casino.

The feather sculpture is surrounded by sculptures of the 8 Seneca clans, which is the social unit for the families of the Seneca people that share a common female ancestry. There are 4 bird clans (hawk, heron, snipe, and deer) and 4 animal clans (turtle, beaver, wolf and bear).

The feather was designed by Marnell Architecture as part of the new “Arrival Entry Experience” which focused on the renovation of the Hotel Front Lobby, along with the construction of a new entrance driveway and covered Porte cochere structure for hotel valet drop off and pick-up. 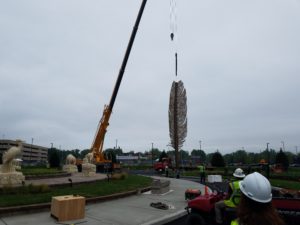 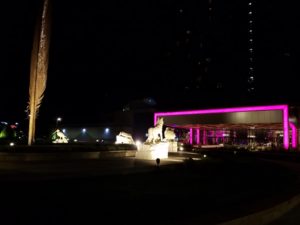