Conceptual Urban Redevelopment Plan for a largely vacant and underutilized section of the Downtown Hartford, just north of Interstate 84. This unsolicited planning effort originated at a Grass-Roots level, highlighting a major mixed-use focus which aimed to restore the urban fabric and bring economic vitality back to a highly visible and accessible section of the city, which lies at the crossroads of two major interstates and is adjacent to the Connecticut River. A primary part of the plan includes a series of urban parks and pedestrian linkages, including an iconic deckover structure with an elevated park over the highway which connects the new urban neighborhood to the river. The city has since constructed its new baseball field on one of the key parcels. Other options included looking at a new site for the arena, considering a new people-mover, and exploring ideas for a new train station at the north end. 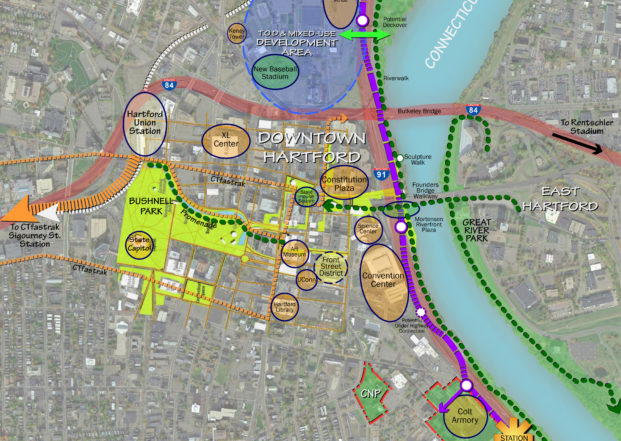 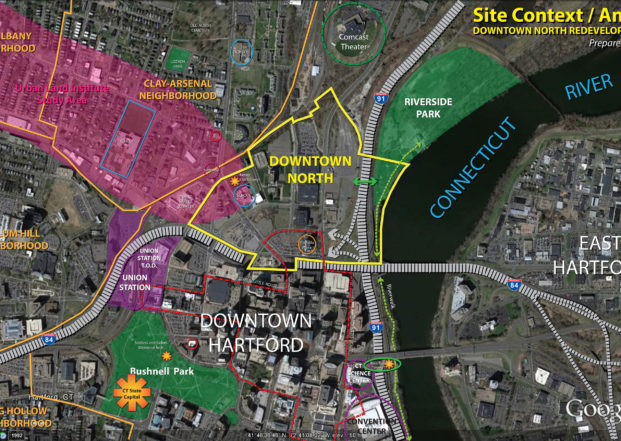 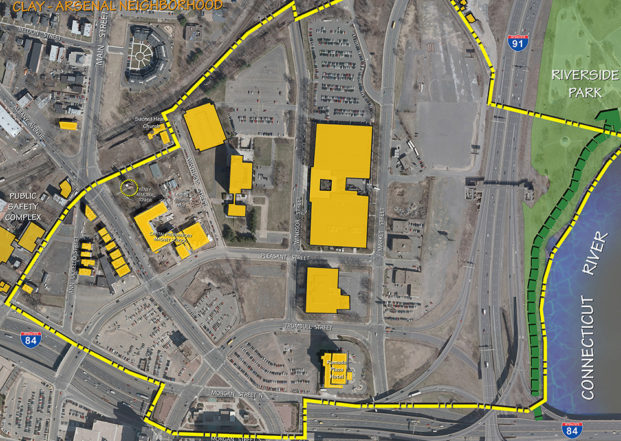 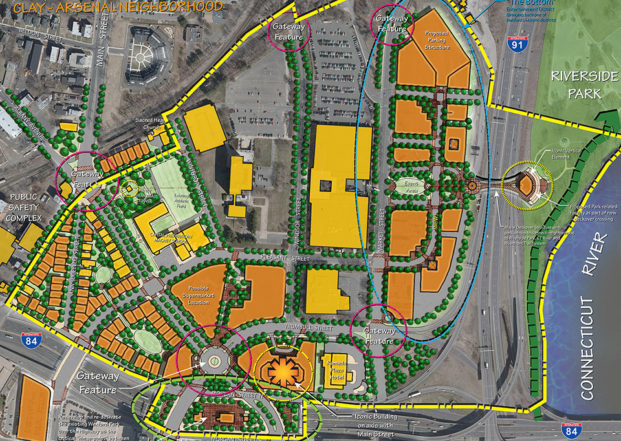 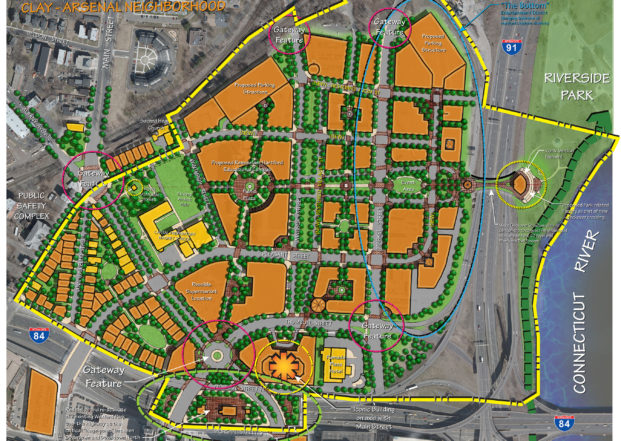 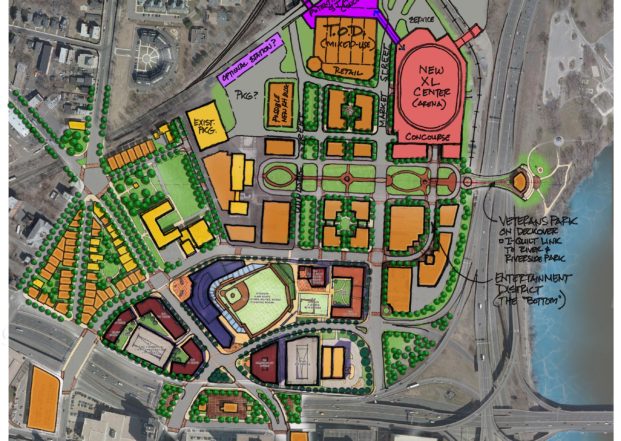 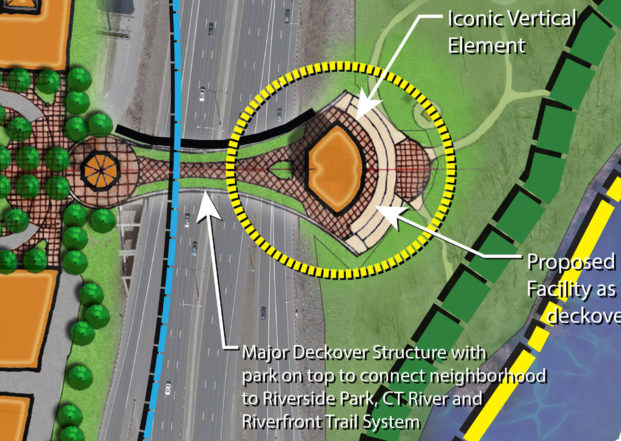 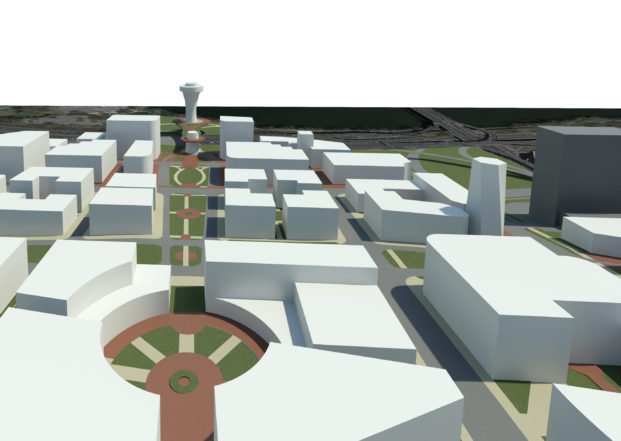 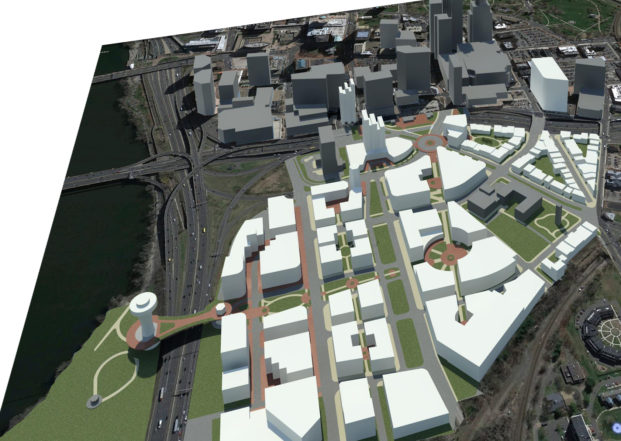