SUNY Oswego originally constructed the Marano Campus Center in 2006. Intended to serve many functions, a main component of the building is the inclusion of a 2500 seat NCAA level ice rink to be used for the nationally recognized Mens and Womens hockey teams. After ten years of nearly year-round use at points beyond its expected capacity, the ice generation system showed intense signs of degradation. The college retained Wendel as the prime consultant to design a replacement system. Wendel initially provided an evaluation which determined the original design parameters, including space temperature and ice temperature, were being exceeded. After providing a comprehensive comparison of replacement options, it was decided to the original, built-up, R-507c refrigerant based system, would be replaced with a packaged ammonia based refrigerant plant outside the building footprint. The ammonia-based system will best suit the intended 11 months of annual operation and reduces o-zone depleting potential should the system off gas any refrigerant. Locating the system outside the building would eliminate objectionable noise levels previously experienced with the original system indoors. The plant capacity increased from 110 operational tons to 150 operational tons. The plant was designed with redundancy in the compressor system and below ice circulation systems. Portions of the plant were fed from the generator to maintain system operation during a power outage. Heat rejection was provided through a dry cooler to reduce water usage. The system was reconnected to existing below floor piping systems within the building and now offers the college a reliable ice generation system to pair with their state-of-the-art hockey facility. 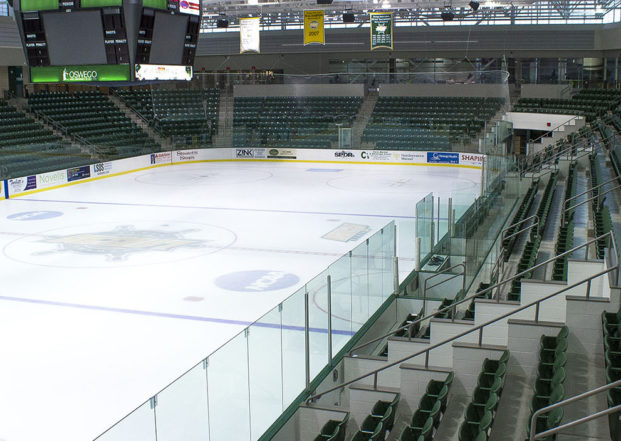 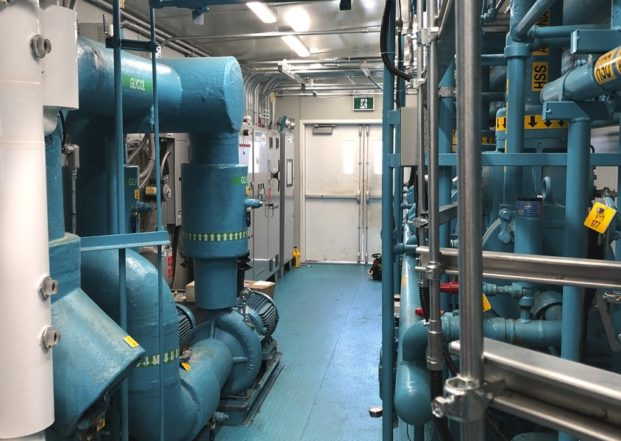 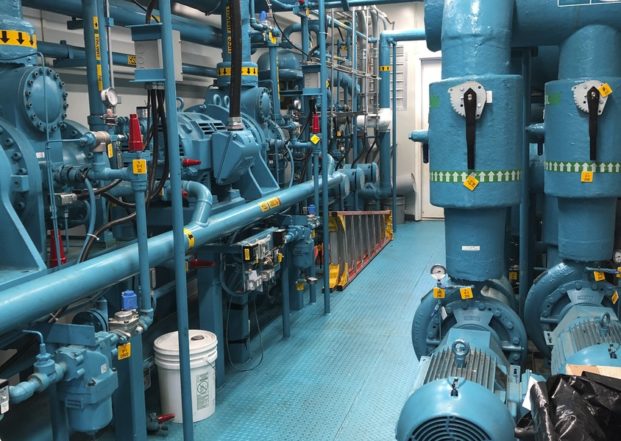 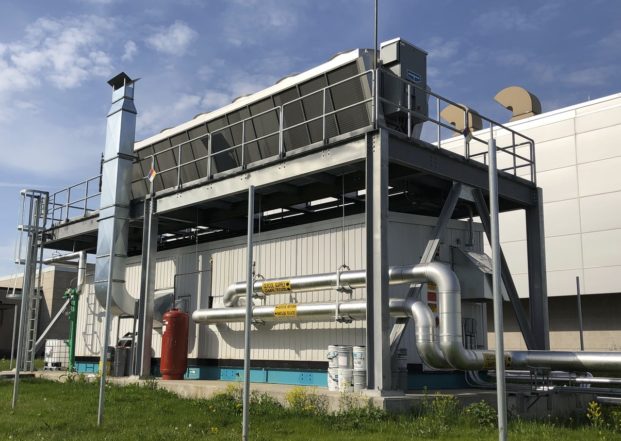 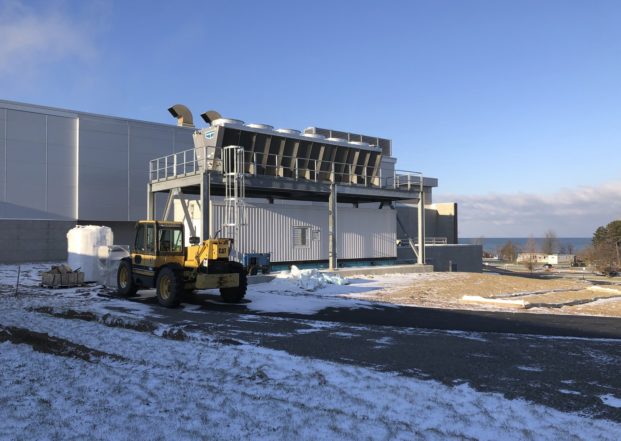 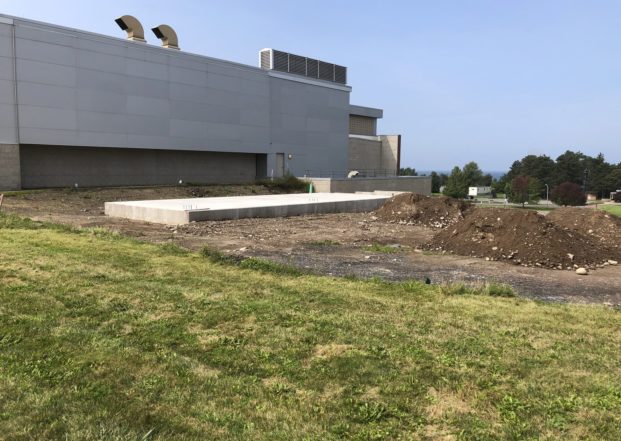