The objective of the project was to reconstruct the Schenectady Intermodal Station to improve its functionality for intercity travel, support the revitalization of downtown Schenectady, and accommodate New York State plans for high speed rail service in the Empire Corridor.

The station now provides a convenient, safe, and comfortable hub of transportation services that will improve linkages between various existing and proposed transportation modes including rail, bus (including bus rapid transit (BRT), auto, bicycling and walking. A pedestrian plaza is proposed to link the existing Broadway transit stop on State Street with the new Amtrak Station. This will create a multi-modal transportation link between Amtrak, CDTA Local Bus and Bus Rapid Transit facilities. The project will create a center of activity and access, bringing people from around the city, county and region to Schenectady as well as serve as a central place to give new identity and character to downtown, and connecting neighborhoods and districts to one another. The project will produce an attractive station building and surrounding site that is sensitive to the historic character of the area and supportive of the revitalization of downtown Schenectady, the economic and cultural hub of Schenectady County.

The project included complete demolition of the existing station and replacing it with a new main station building and passenger boarding platforms with canopies. The building design is meant to be reminiscent of Schenectady’s 1906 Union Station. Amenities include restrooms, ticketing services, an expanding waiting area, baggage room, vending machine area and a passageway between the waiting room and the stairs and elevator to the platform. The project, along with planned service improvements, is expected to generate approximately 80 new daily Amtrak riders, with the increased ridership arriving and departing the station via CDTA’s BRT and local bus services, walking and via automobile. 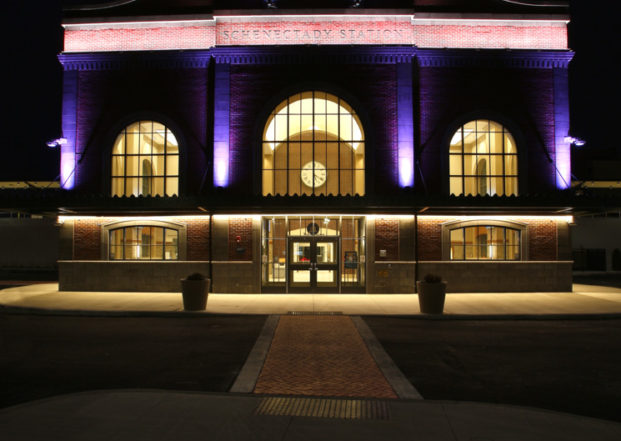 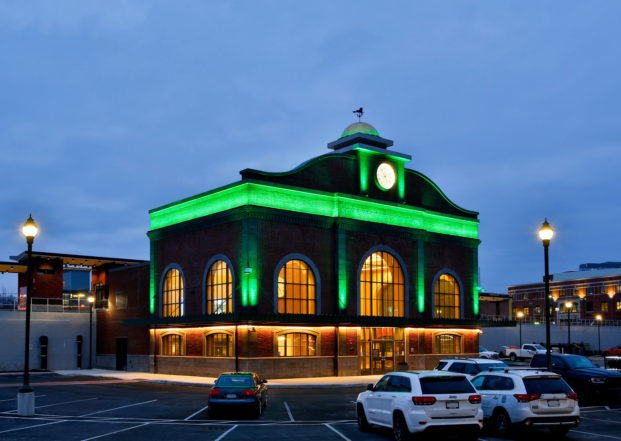 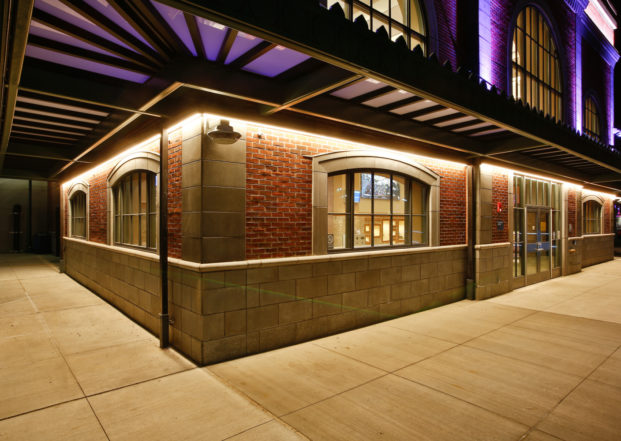 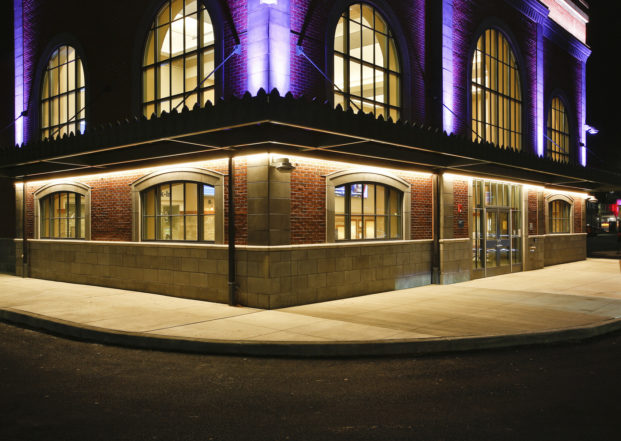 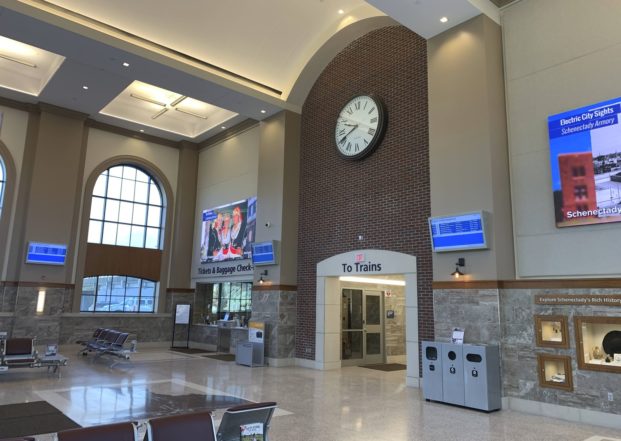 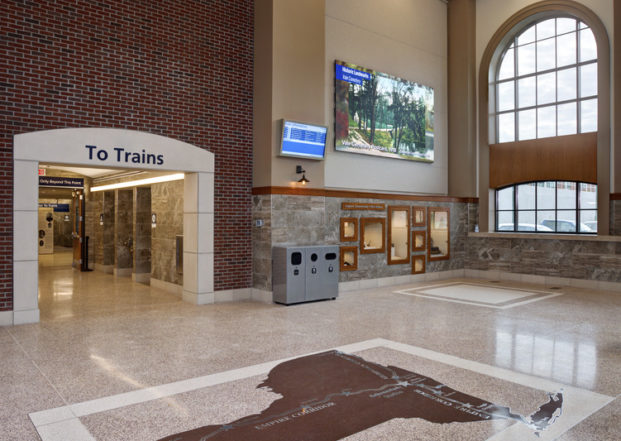 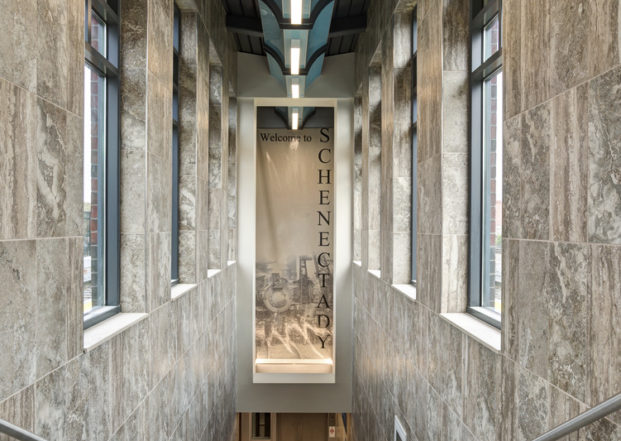 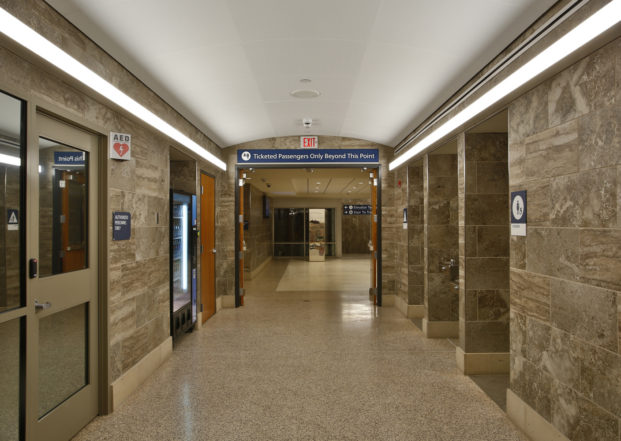 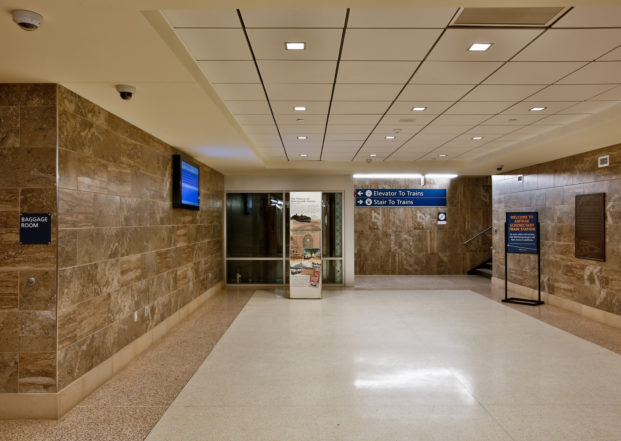 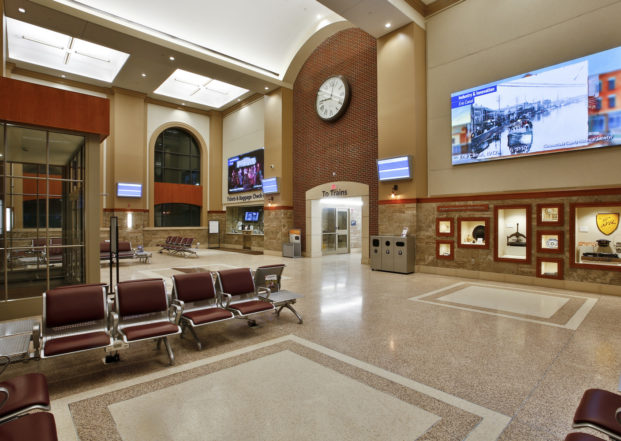 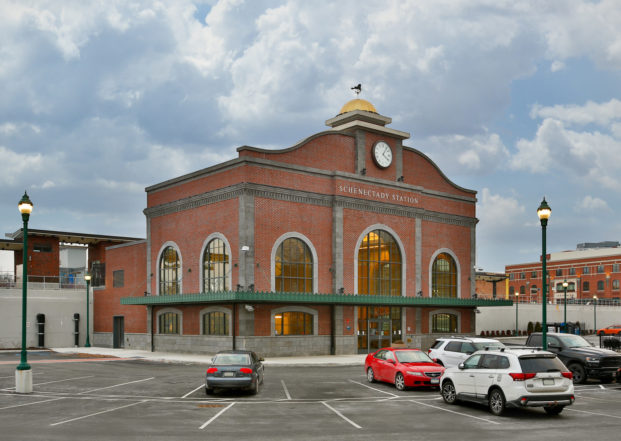