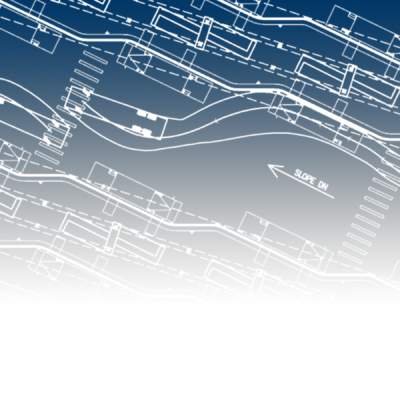 How sound station design enhances the effectiveness of a BRT system

Bus Rapid Transit (BRT) is a bus-based transit system that offers fast, reliable and frequent services. BRT uses dedicated lanes and stations with off-board fare collection to deliver quick and easily accessible operations. It often serves as a precursor to light rail, taking the place of express route buses. A major benefit to a BRT system is it is more affordable than light rail, yet delivers the same speed and efficiency of travel to users.

In a BRT corridor, the functionality of the system is significantly affected by the station design. A successful BRT project blends vehicles, the system and station design to achieve an elevated transportation experience – a premier service.

The transit industry uses a point-based system to help evaluate BRTs, ensuring that these systems are delivering the same social, economic, and environmental benefits worldwide. Using this standard, BRT corridors are certified as basic BRT, bronze, silver or gold, all of which represent excellence in BRT and incorporate elements that make communities more livable, competitive and sustainable.

On the BRT Standard Scorecard, the category of BRT Basics is composed of five essential elements distinguishing it from most other transit options.

Other categories include Service Planning, Infrastructure, Stations, Communications, Access and Integration, and Point Deductions. All of these categories are examined and discussed at the onset of design for a BRT project. The unique characteristics of each BRT corridor and project will dictate which categories are pursued and which are taken off of the table. The size of the system, budget and project scope are dominant factors in this decision.

Station design is a defining element for a BRT system because it, along with the BRT vehicles establish the identity of the service. Station design should be considered an investment that will pay dividends in terms of program identity, rider loyalty, comfort, convenience, and safety.

The Greater Richmond Transit Company (GRTC) is a great example of a transit system willing to invest the effort and resources needed to improve travel in Richmond, VA through a new BRT system. The project is currently undergoing design, and spans one of the main corridors in Richmond proper.

Early in the design process, Richmond considered the option of designing different stations for each area of the City served by the BRT route. However, for a number of reasons, this idea was rejected. The principal reason was that it was important to GRTC for the stations to be identical so the BRT could be easily and consistently identified from any neighborhood by pedestrians approaching the stations and by riders of local bus routes making connections with the BRT system. All 26 stations designed for the GRTC BRT corridor incorporate a prominent truss or framework feature. The truss concept was developed with two thoughts in mind:

Within a BRT corridor, there can be variations to the design of stations to accommodate the different site locations. This was the case in Richmond. While all of the stations look identical, they are a mix of median and curbside locations. Some locations allow for sidewalks behind the station. Other locations require walk-through stations and the varying elevations at each site were addressed to achieve platform level boarding.

The building materials selected for the station design pay homage to the City of Richmond. It is anticipated that the back wall of the station will be treated glass that will allow printing on the windscreen panels at each station. A large map of the BRT route will be printed on these glass panels to provide riders with information about the city and neighborhoods surrounding the stations. Steel will be used for the truss, as well as for the station name on the totem.

The overall design of the station must first address the specific operational requirements of the BRT system. After that, the attention turns to the architecture and aesthetics that speak to the personality and unique qualities of the community it serves.  The winning combination is a matter of achieving a balance that seamlessly blends the architectural statement with the function of the structure.

Click here to learn more about our Transit experience.

Written for BusRide Magazine by:

You can reach Ron at rreekes@wendelcompanies.com